What Is L-Carnitine? How Could It Help With Weight Management? 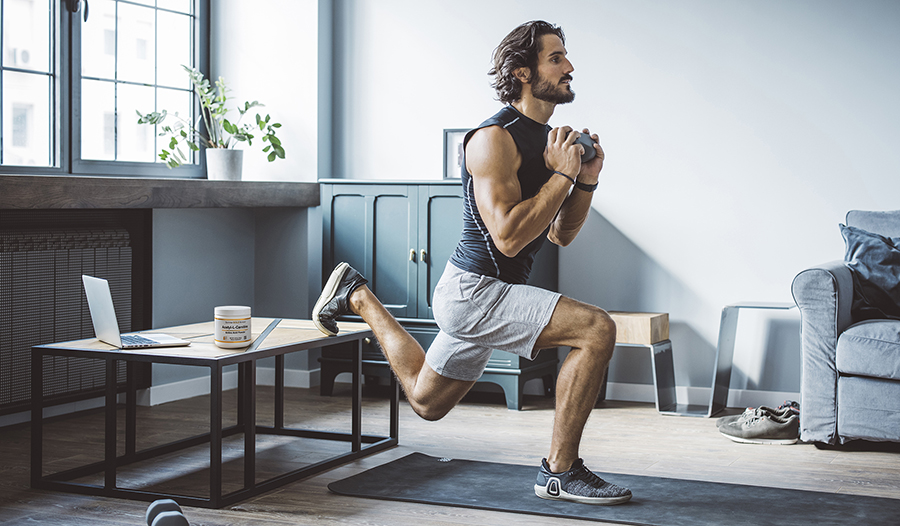 L-carnitine is an important compound made by most mammals and plays an essential role in energy metabolism. L-carnitine is synthesized in the liver, kidneys, and brain, and helps you convert fat to energy by transporting long-chain fatty acids into your mitochondria for energy production. This means L-carnitine helps turn fat into energy, which could be beneficial for your weight loss goals.

Made from the amino acids methionine and lysine, L-carnitine could be considered a conditionally essential nutrient for vegans.

L-carnitine has many types; however, acetyl-L-carnitine, known to be most effective for brain health, and L-carnitine, best known for improved exercise benefits, are the most common and effective forms used in supplements.

L-carnitine has many functions and supports several physiological processes contributing to your overall health and well-being.

The primary role of L-carnitine is to support your mitochondria. Mitochondria are energy powerhouses found inside your cells. Their job is to produce energy for the cells and your bodies to function properly.

L-carnitine deposits fatty acids into the mitochondria for energy. It also helps remove waste products or products of metabolism from your cells. This is important to prevent waste product build-up and intracellular toxicity.

Several studies have shown L-carnitine is a benefit to the brain. Some studies have found a daily dose of acetyl-L-carnitine helps to reverse declining brain function in Alzheimer’s patients and those with other neurodegenerative diseases affecting the brain.

General brain function was also seen to benefit from acetyl-L-carnitine in senior adults without any type of brain disorder.

All measures of brain function proved to have substantial improvements in one study that evaluated patients with alcohol addiction. The study gave the patients 2 g of acetyl-L-carnitine for 90 days.

A significant drop of 10 points in systolic blood pressure was observed in a study that administered two grams of acetyl-L-carnitine daily.

Another study found improvements in patients with serious heart conditions, including coronary heart disease and chronic heart failure. A reduction in deaths occurred for patients supplemented with L-carnitine.

Taking L-carnitine orally has been found to increase exercise ability and improve symptoms in those diagnosed with heart failure.

High cholesterol, or hyperlipidemia, has improved with L-carnitine oral supplements.

L-carnitine may also improve diabetes by increasing AMP Kinase, an enzyme that enhances your ability to utilize carbohydrates.

One study found whole-body glucose uptake was significantly higher with L-carnitine than with the control group. The study concluded that L-carnitine improves insulin sensitivity in insulin-resistant diabetic patients.

Due to L-carnitine’s critical role in energy metabolism, it has been studied to identify its potential to enhance exercise performance and recovery.

Research in older adults shows that L-carnitine supplements can increase muscle mass accompanied by a reduction in body weight with the added benefit of less physical and mental fatigue.

In animal studies, L-carnitine was suggested to have a role in the prevention of age-related muscle protein degradation.

L-carnitine has improved male fertility by increasing sperm count and motility in men with fertility issues. That, in turn, can increase the chances of pregnancy.

Female fertility may also be affected by L-carnitine. Studies show that for women diagnosed with polycystic ovary syndrome, or PCOS, L-carnitine oral supplementation can increase ovulation and the chance of pregnancy. PCOS is a condition where the ovaries get enlarged with cysts.

A study found other PCOS symptoms such as hirsutism (male pattern hair growth in women) and irregular menstrual cycles improved with supplementation of L-carnitine. This study also showed significant improvement in the women’s BMI or body mass index and insulin sensitivity. In addition, the participants' bad cholesterol, LDL, had decreased, and their good cholesterol, HDL, had increased. These findings were observed after the participants were given three grams of L-carnitine daily for three months.

Some research points to weight loss benefits with L-carnitine supplementation.

One study found that obese adults and older individuals lost 2.9 more pounds on average than those who did not take the L-carnitine.

Most studies have utilized a dose of 2–3 g of L-carnitine by mouth daily for adults. In children, it has most often been used at 50–100 mg/kg by mouth daily.

Side Effects of L-carnitine

L-carnitine is considered likely safe when taken by mouth. However, some side effects can occur.

Digestive side effects that can occur with L-carnitine supplements include upset stomach, diarrhea, nausea, and heartburn.

A fishy odor in the breath, sweat, and urine can occur with L-carnitine supplements as well.

Seizures have been associated with L-carnitine use in those with and without seizure disorders. Specifically, acetyl-L-carnitine may increase serotonin levels in the brain. Combing this with other medications that also increase serotonin, such as antidepressants like selective serotonin reuptake inhibitors, or SSRIs, could cause serotonin syndrome. This serious condition causes muscle twitching or rigidity, confusion, seizures, heavy sweating, diarrhea, and irregular heartbeat.

L-carnitine has been found to increase the likelihood of seizures in those who have had seizures previously. Do not take L-carnitine if you have had a seizure before.

L-carnitine may worsen symptoms of hypothyroidism.

Over time, L-carnitine may raise blood levels of trimethylamine-N-oxide (TMAO). High levels of TMAO get linked to an increased risk of atherosclerosis, a disease that clogs your arteries.

Always consult your doctor before taking L-carnitine or any other dietary supplement, especially if you are pregnant, nursing, or taking other medications.

Dr. Carlie Biggins, ND, is a licensed Naturopathic physician specializing in all things holistic, including education, products, and services. Dr. Biggins has a thriving holistic health practice in Pearland, TX, and travels nationwide to speak on various natural healthcare topics. She is also CEO of Monaco Natural Health Solutions and gifts readers a free Natural Health Solutions Guide to discover Natural Ways to care for themselves from head to toe at drcarlie.com.

Previous Article
Malassezia Overgrowth Could Be The Cause Of Your Skin Condition
Next Article
CoQ10—Heart Health, Immunity, and Other Health Benefits

A Doctor Debunks 8 Myths About Metabolism and Weight Loss

30,883 Views
How much do you know about your body's metabolism? A doctor debunks common myths about what can and can't speed up your metabolism for weight loss.

How Much Exercise is Too Much for Weight Loss?

12,243 Views
The journey to weight loss is a personal one. It takes self-confidence, challenging workouts and a time commitment.