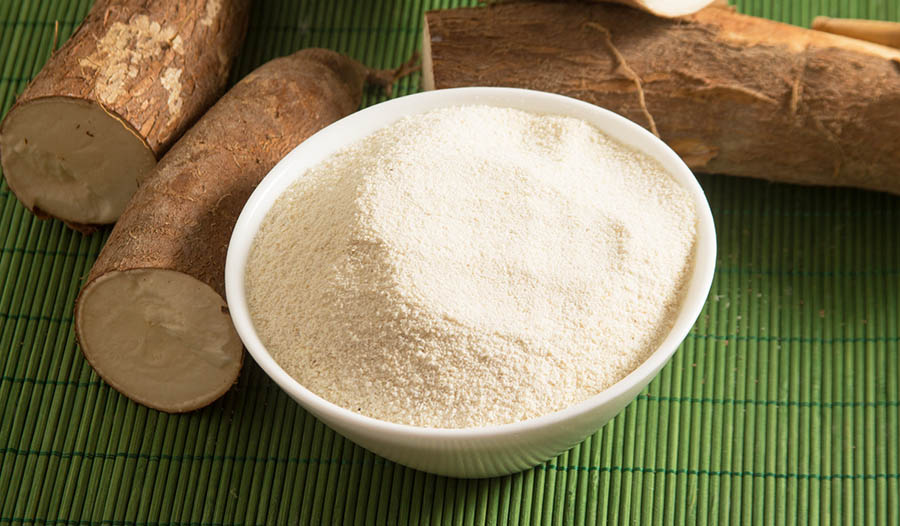 Cassava flour is a fantastic gluten-free alternative to wheat flour. It is classified as a low-GI (glycemic index) food, so it’s suitable for individuals who are on low glycemic diets. Cassava’s mild flavor, light color and powdery texture all make it an extremely close substitute for wheat flour. It does not tend to overpower the recipe, and some people even say they can hardly even tell the difference from conventional flour recipes.

The Origins and Cultivation of Cassava

Cassava is made from the yucca root, which is also called manioc in some regions. It is inexpensive, simple to grow and minimally processed.

Cassava flour has its roots in many traditional recipes and is used in many countries in traditional baking. It is considered a staple food, much like potatoes. Cassava is a hardy and resilient plant that is considered a highly sustainable crop grown in many places in the world.

Many people rely on the yucca root and cassava flour to feed their families during hard times. Choosing to purchase cassava can be a smart move for those who hope to help support small farming communities and the cultivation of a plant that is not inflicting harsh effects on the planet.

The Composition of Cassava Flour

The cassava plant consists of a starchy root vegetable and nutritious leaves. It is high in potassium, calcium and vitamin C.

Cassava flour is considered a whole food as it is not bleached or extracted from its original form. It can also be used to make tapioca starch, which is bleached and extracted. It is useful in helping thicken soups or making pudding.

Cassava flour is low in fat and calories and has low sugar content. It has plenty of carbohydrates, though, making it similar to normal grain and wheat flours.

Uses and Benefits of Cassava Flour

Cassava is unique because it doesn't tend to trigger most allergies. This includes people with nut allergies and those who may not be able to use almond or coconut flours. It is also grain-free and easy on the digestive system. Cassava is even used in folk medicine for a variety of reasons.

Some of the many reasons that make cassava flour such a good substitute for wheat flour include the fact that it’s:

Cooking and Preparation of Cassava Root

To prepare cassava from the yucca plant, the skin needs to be peeled, and then it should be washed and grated. The grated cassava should be squeezed to remove the liquid. The pulp is then left to dry, which will be blended into flour. Once the flour is fully dried and reaches a fine consistency, it is ready to bake with. The process is very simple and does not require the use of harsh chemicals or processing.

Traditionally, cassava bread recipes were made into flat cakes that did not rise. They were dried into biscuits that had a cracker-like consistency. In this form, they can be stored for weeks or even months. The dried biscuits can easily be rehydrated by simmering in sauce or gravy, but they taste the best when fresh.

For additional health boosts, it is suggested that cassava flour is paired with other nutrient-dense ingredients to give a recipe a power-up. Flax meal and chia seeds are popular choices for adding supplemental nutrition and fiber into a dish. The texture of cassava flour is similar to the texture of white potatoes, so it also features an attractive appearance when replacing conventional flour in recipes.

The juice byproduct from the yucca is also used to make sauces. This gravy is called cadikura and is boiled and simmered with meat. If the juices are simmered further, they are reduced down into a thick sauce called cassareep.

Those who are wondering where they can find a good cassava recipe needn’t look any further. Here are three tasty cassava flour recipes to try.

Following a gluten-free diet may offer benefits for anyone suffering from celiac disease, gluten-based intolerances or irritable bowel syndrome.

Although the marketplace has stepped up to the challenge of providing delicious gluten-free products as well as easy-to-use ingredients for those with gluten intolerance, individuals who like to cook may still find themselves in a breakfast rut from time to time.